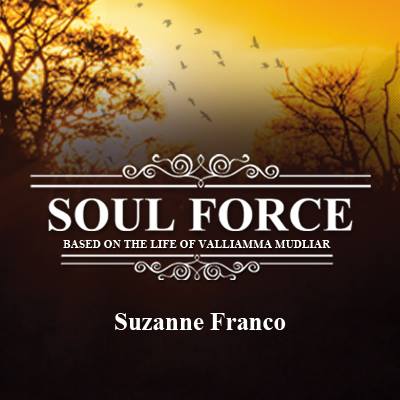 We, as a human beings, have basic right to decide our path for future and pursue it with all the needed perseverance. But because of some man-made created layers, a few sections of the society are prohibited the access to this basic right and forced to follow not-so-meaningful path. It is at these moments of oppression, when the voice of the soul can make them recognize their true potential and opt for the right and respectful ways. Women also find themselves in this section for long and have been denied of their rights. But many strong souls have disagreed to follow the social norms and settled on nothing less than what they wished for. Valliamma Mudaliar is such a resolute soul. She wanted to be the part of the national movement and fight for her nation at the time of crisis despite her father disapproved of that.But she was determined enough to go for it and took the path of Satyagrah movement and became an inspiring activist.

About the author: Suzanne Franco

More than twenty four years have passed since the birth of democracy in South Africa and Suzanne Franco is proud and inspired by the commitment to equality and compassion of her Nation. Suzanne believes our modern society will be equally inspired by true stories of, sometimes forgotten, heroines.

Suzanne’s debut historical novel, Exile Child, received exceptional reviews from major newspapers and magazines. Suzanne has featured on many radio and TV shows and is often a guest motivational speaker at many South African government initiatives. 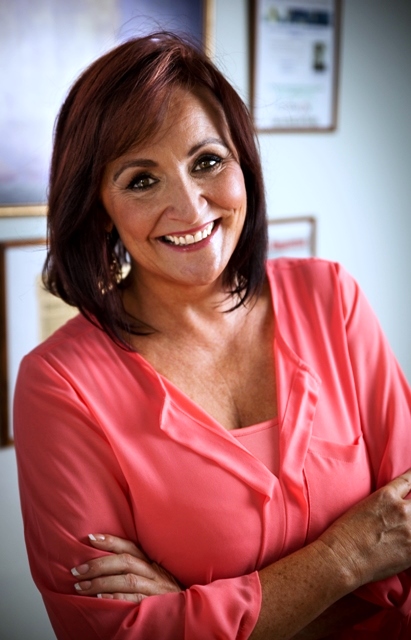 We got the opportunity to ask a few questions to this amazing author and here is what she has to say:

1.) What made you write about the life of Valliama?

I’m always drawn to powerful stories about women who made a real difference to the course of history, for example, my first novel Exile Child, is based on the true life story of the first South African black woman to be taken to England & France to be put on show as a freak in 1810.

Whilst featuring on a radio show talking about Exile Child, we came to the part of the show where listeners can call in to ask questions.  There was one caller in particular who caught my attention by asking if I had heard of the true story of a young Indian girl who helped Gandhi change the course of history in South Africa.  I asked the caller her name and all I had to go on from there was the name “Valliamma” – for me that was enough.

2.) Where you had your early education and what made you get into writing?

I was educated in South Africa during the awful time of Apartheid and I just knew as a young girl, that when I grew up I would change the hearts and minds of many about true life stories of our brave woman of colour who largely have gone unrecognised for their contribution against the SA government’s racial laws.

I started writing when I was young, around 21 years old.  My first book, all 540 pages, was no small feat.  I tackled the prejudice of the Jewish nation in Germany before the second world war.   I always had a calling to make the world a better place through the stories that I bring to life.

My first novel and Soul Force true life stories of these brave women literally found me and I instantly knew I had to write their life stories.

3.) By the time you were writing the end of the book, what feeling were going on in your mind and heart?

My emotions were already up and down when I began writing Valliamma’s true life story.  Before I could even set out the story timeline, I was flabbergasted by the tenaciousness, courage and determination of this 16 year old who joined Gandhi’s Satyagraha resistance campaign, was arrested because of it, and died only days after being released from prison.

Towards the end of the book I gained a  huge sense of satisfaction in knowing that Valliamma did not die in vain, as only months after her death, the Gandhi-Smuts Agreement was signed to stamp out Anti Asiatic laws.  I felt triumphant for Valliamma when I came to the end of writing her story.  She voice her voice and used it to change a nation.

4.) Any future work in progress which the readers can expect to come up soon?

Yes, and of course it covers the true life story of 3 x brave women in South Africa during the atrocities of the British concentration camps.  This will be the final book in my trilogy of brave real life women of our past.

5) Anything else you want to say to your audience?

I truly believe Soul Force will inspire anyone who is struggling to find their own voice, as once found, an authentic voice can change the world. 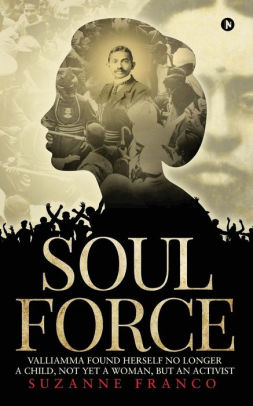 Soul force is an extraordinary biography of an ordinary woman, Valliamma Mudailar, who at a very young age decided to join the Gandhiji’s Satayagrah movement in Africa. It is a true inspiration story for those who have in mind their own path for future and aspire to follow it with all the zeal and determination. The young activist, Valliamma martyred in the passive South African liberation struggle. At the very young age, she witnessed many of the important meets of Satyagrah movement and hence, decided to join the struggle by herself. She was confident and determined enough to undergo all the suffering coming along this way.

By this true story, the author has not only given the voice to a woman in the past but also contemplated the face of tomorrow. She is proud to let the world know about the role that women had played in the struggle for freedom and process of nation-building. The youth of today needs to know the glorious past for the sake of better future. This book not only depicts the story of a woman fighting for her nation but in a way give voice to all those human beings who listen to the voice of their souls and comes out with a strong will and force that is invincible.

The author’s choice of words and way of building up the story will keep you attached to the life of the girl. You have to keep a hold on your self because there are many nail biting, crying, painful moments coming along the pages of the book.

You can buy this book here.