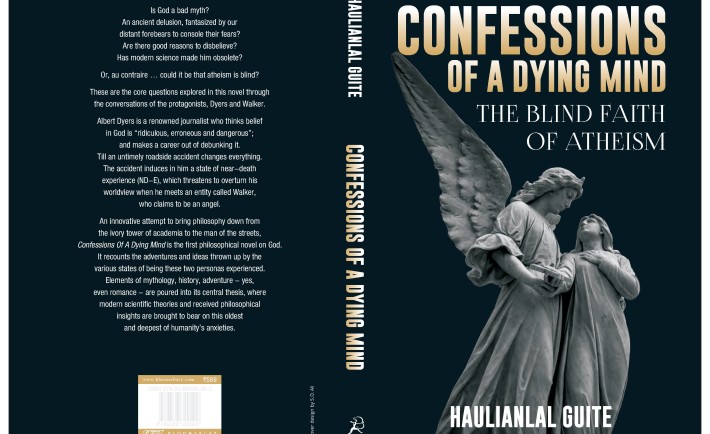 CSOI – New Delhi , A perfect place for a book launch more so because of the location. Walking pass the big bungalows with Indian Flag hosted on most of them you will feel there is a new India that you never witnessed before , Passing through the Delhi Police Headquarters and a beautiful long trail covered with dense trees(that too in Delhi) you would finally reach CSOI.

“Confessions of a Dying Mind” book launch ceremony on 19th May 2017 was a treat to watch more so because it was very well organized and  thought off gathering. The book writer Mr. Haulianlal Guite , An IAS officer from state of Manipur had been a student of philosophy from his college days in St. Stephen’s New Delhi. As that was an important phase of his life which motivated him to pen down conversation of a dying man with Mr. Walker in this book , One of the invitee and speaker of the event was also his teacher from St. Stephen’s.

The event was also graced by Sh. Kiren Rijiju , Honorable State Minister for Home Affairs and Sh. Dr. David Syiemlieh , Honorable Chairperson , UPSC. This is a first book by an IAS officer from Manipur and the event had that feel , Author’s Family and Friends from Manipur had also joined in large numbers. Whereas the event started with introductory video of the author and his favorite song , followed by speech from his father who thanked god for such amazing experience , Author’s teacher who compared his writing with famous philosophical writers , best wishes from chief guest , guest of  honor and two beautiful traditional songs sung by ladies from author’s village. 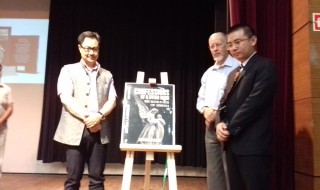 Not to miss the lady on the podium who was hosting the event , even after so many protocols that were required to be followed She was very relaxed and having a great time. The event was concluded after guest of honor were presented with the book and the  Manipuri Shawls from author’s mother and wife. I felt a sense of proud to see someone still so close to his roots and his family , Manipur and most of the North eastern states have been neglected for some time but people like Mr. Guite will make you feel that there is still hope and talent in those states that comprises of almost 70% of natural beauty of India.

The author Mr. Guite also shared his experience about writing a book and how he used to spend 1 hour before sleep to think of what he would write and one more hour to write it down on almost daily basis. He was very soft spoken, polite and down to earth for someone who holds such dignified post in government and way everyone described his book seems we would find a great touch of humbleness and clarity that he has in his book as well. I followed him to get an autograph after the launch was over but couldn’t get hold of him just because he was always surrounded by people and he would smile and graciously say “Thank You” after signing the book. 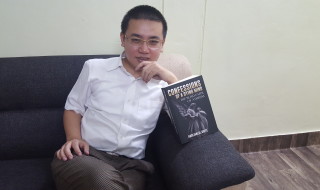 I would not write something about the book here , you can buy your own copy and read for yourself but would conclude by saying

“you cannot always judge a book from its cover but meeting a person who wrote it , You will know what is in store for you in those pages”.

The passion , commitment and perseverance that he has put in should definitely pay off. So go grab your copies at Amazon and Flipkart :

View all articles by Anurag Malhotra