It is a delivery outlet and I had the experience to taste its food on 23rd March, 2018.

Yes, I agree that they should change the name to a more appealing one because I guess this review will change your perception for the place.

It is a pricey delivery outlet, but the food will simply blow your mind away.

Due to some miscommunication, the food was delivered 2 hours late to my address. I was furious because of the hunger, but the food calmed me down.

The Murg Tikka Masala is by far the best chicken gravy I have ever tasted.

The Paneer Tikka had all the right species. Rumali Roti had the perfect texture and Lachcha Parantha was crisp and yummmm.

I shared the food with one of my friends, and we both just couldn’t have enough. We both were unable to stop because of its amazing taste and the soothing mint sauce that they gave with the Tikka.

Those who love gravy chicken should really try it once, and I am sure that you will try it again & again. 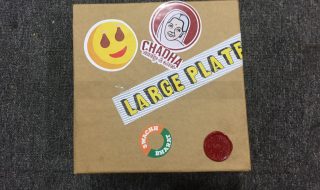 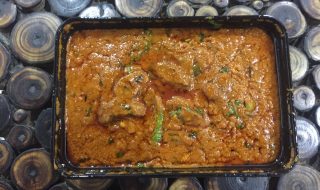 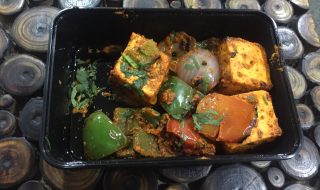 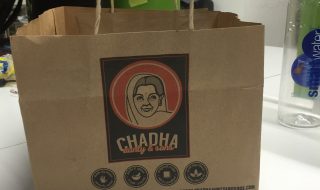 The quantity was sufficient for two. The gravy had a nice texture, but the amount of oil used can be reduced to some extent. It was substantially spicy, so they should mention it on the menu for people who prefer less spicy food. The green chillies mixed with the gravy should be sliced properly because no one eats a whole chilly-mixed-with-gravy in one go.

The quantity of the paneer tikka was very low (3 pieces). They should add more onions to the whole mix rather than a noticeable number of capsicum. The tomatoes can do a little more with the taste. The mint sauce was delicious, but it can be a little thick in consistency.

It was thin, perfectly crisp and had an amazing texture. No changes advised.

It can use a little less butter on it. Rest, it had the right crunch.

The overall package was beautiful, though they should use better quality cutlery (strength and size). They should send at least two tissues with their food.

Suggestions for the outlet:

Advice for the readers:

You should try it once! Must Try!

For more food reviews all over India, please have a look here.