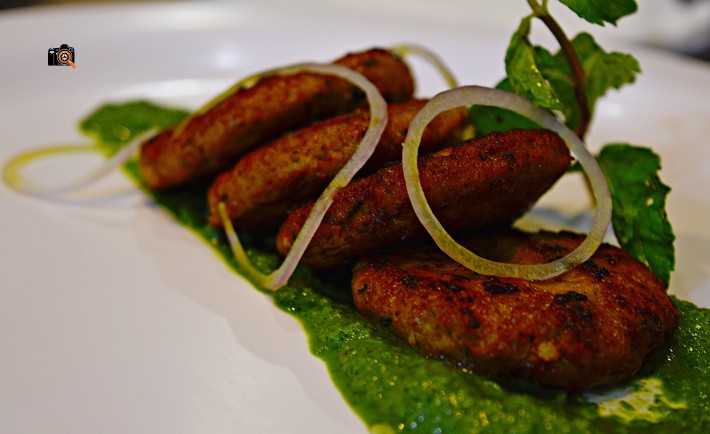 “BIRYANI” this word itself is so fulfilling , the rich taste the distinct aroma and nevertheless its royal presentation can easily tantalize your taste buds anytime.
And when you belong to the city of ‘NAWABS’ and ‘KEBABS’ your love for biryani surpasses any other thing in this entire world. 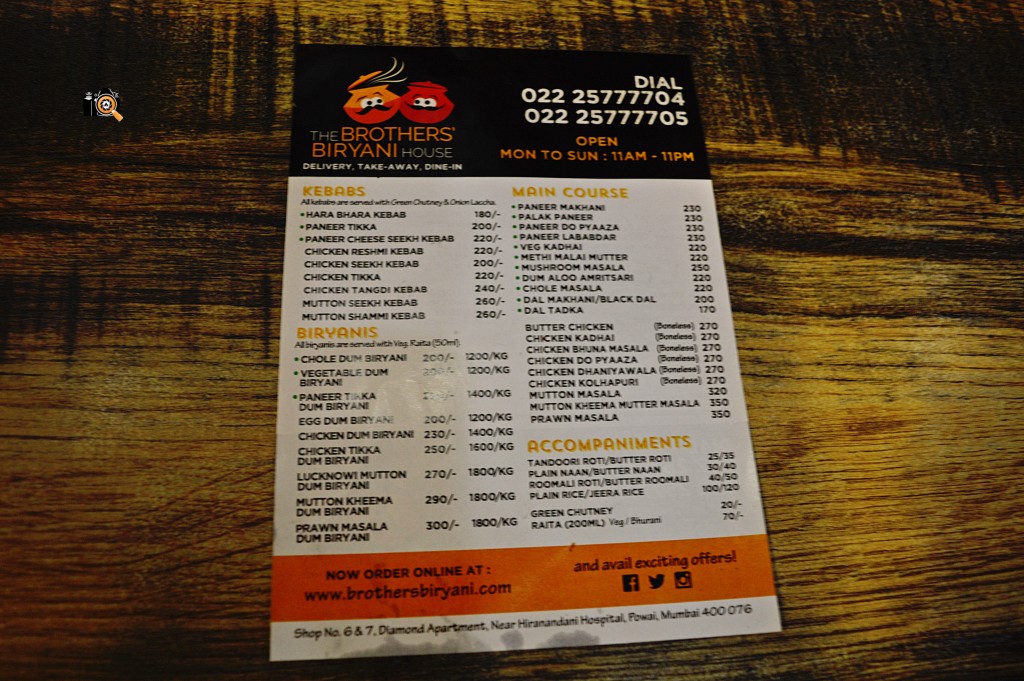 So we were quite delighted when R4Review got an invitation from ‘BROTHER’S BIRYANI’ situated at Powai. This restaurant started almost 2 years ago as a joint venture of two brothers and this is how it got its name from.

As we arrived we were welcomed by Chef Eijaz who was really humble and amiable throughout. The Dine-in area wasn’t very huge but we really liked their idea of furnishing that small space. 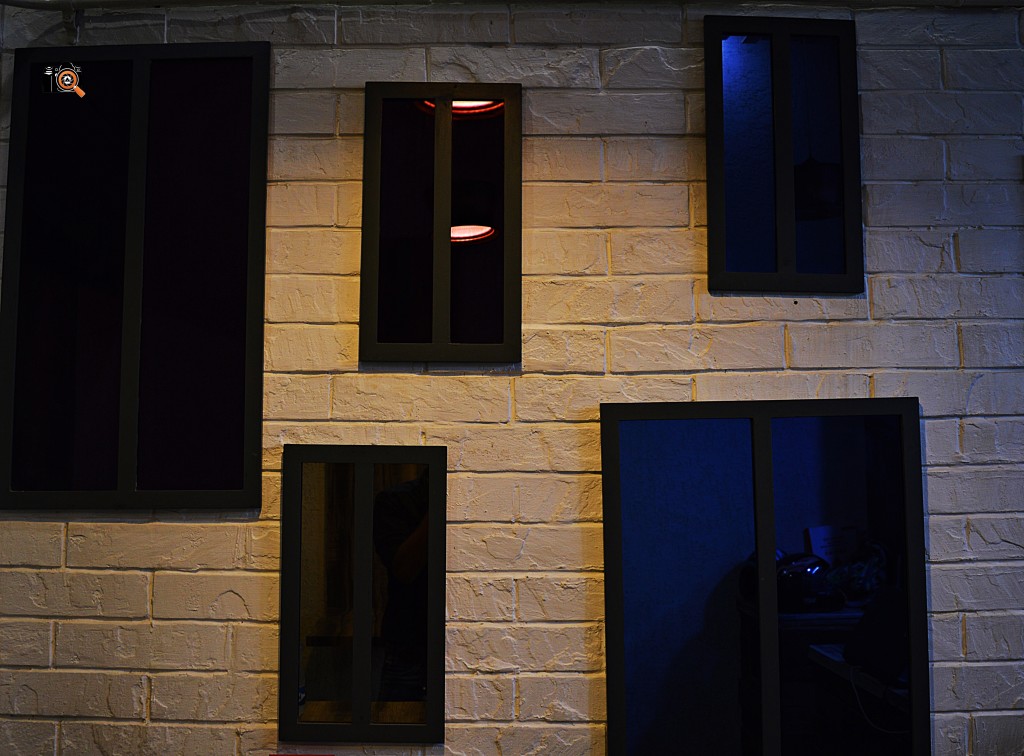 So while we were analyzing the interiors of the restaurant our eyes popped out staring at ‘Chicken Reshmi Kabab’ served on our plate.As we took a bite it got melted in our mouth. Appropriately crunchy and squishy. 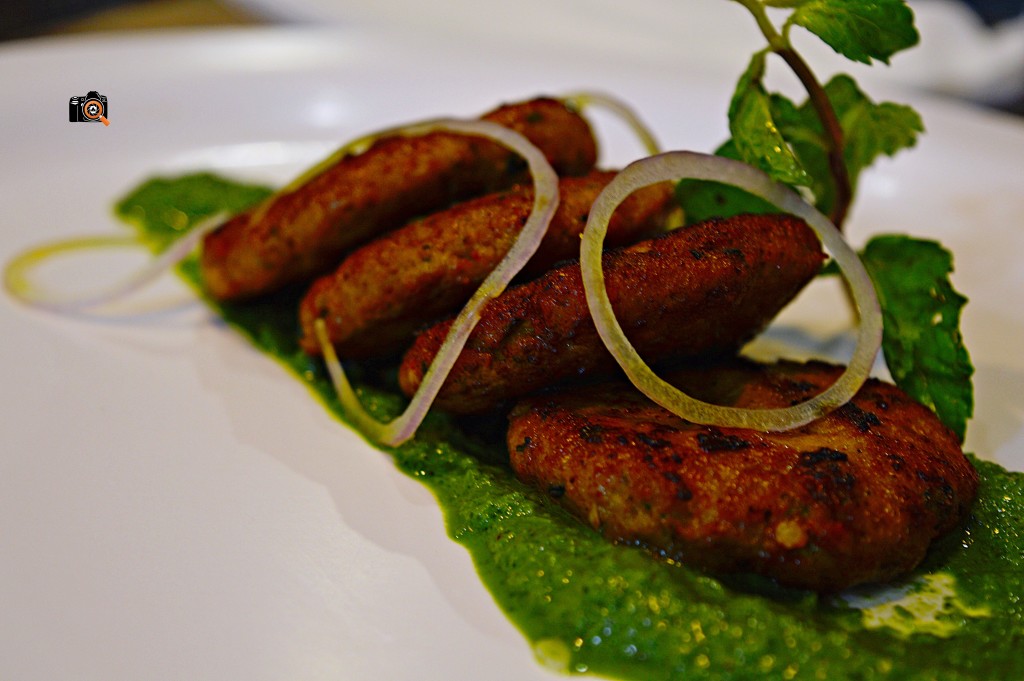 Then came the ‘Paneer Cheese Seekh Kebab’ which was the most delectable thing I had that day.Paneer and cheese grated together with tangy spices to give a lipsmacking flavour.
Next on our platter was ‘Mutton Seekh Kebab’ which had the conventional taste. 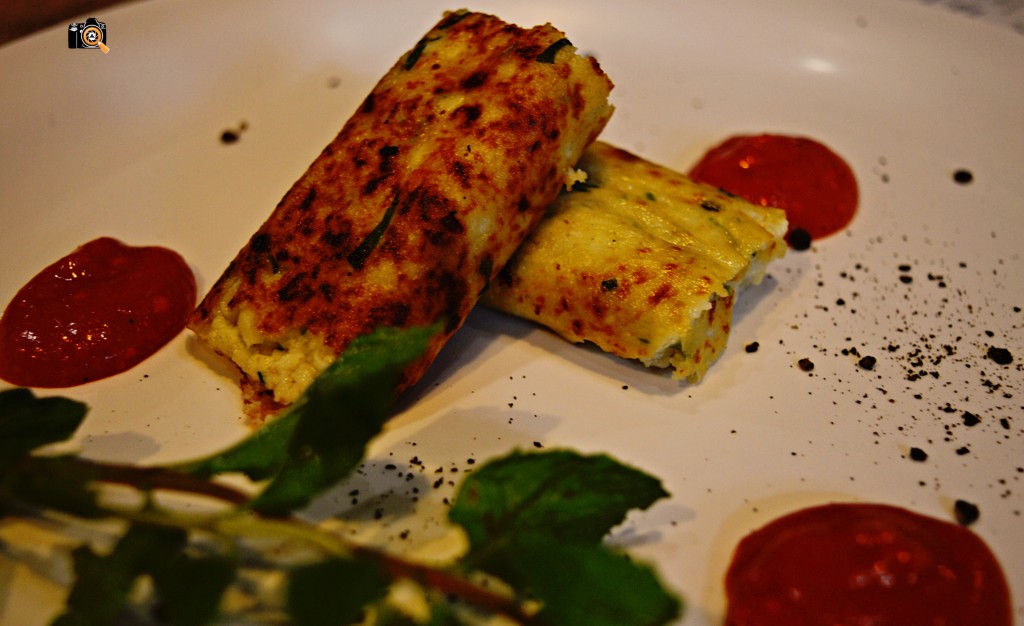 Kebabs were well garnished with slices of onions, mint and coriander leaves which made it look ever more delish along with the red and green chutney .
All this while when we were gobbling like a greedy glutton I unceasingly warned myself of upcoming biryani.
‘Chicken Dum biryani’ had perfectly cooked long basmati rice with enticing pieces of chicken and piquant spices
‘Chicken Tikka Dum Birani’ and ‘Mutton Kheema Dum Biryani’ were absolutely scrumptious and with every bite of each of them I craved to have more but then I realized there were dishes which were yet to be accommodated in my tiny tummy. 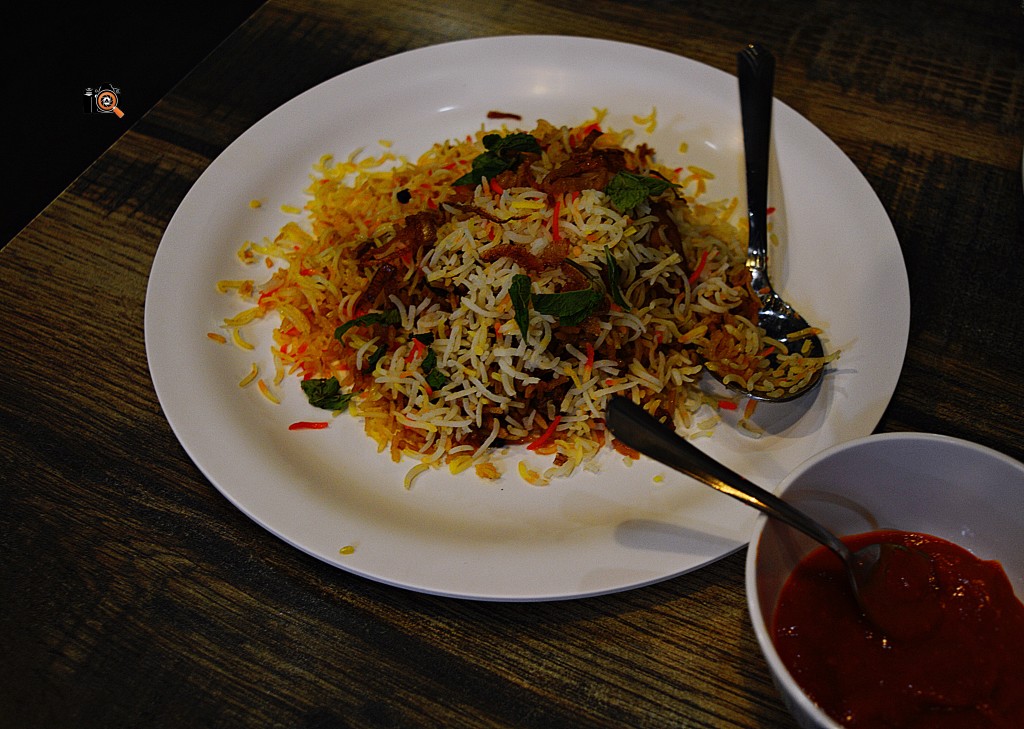 “Chole Dum Biryani” ….Yes you read it right Chole Dum Biryani. I heard this name for the first time and felt it could work well as consolation for the vegetarians.
Coming to the main course we were served ‘Butter Chicken’,’Mutton Do Pyaaza’, ‘Kadhai Paneer’ and ‘Dal Makhni’ .Of which I loved ‘Mutton Do Pyaaza’ the most especially the gravy was finger licking. ‘Dal Makhni’ and ‘Roomali Roti’ could have been better whereas ‘Kadhai Paneer’ had the usual taste. 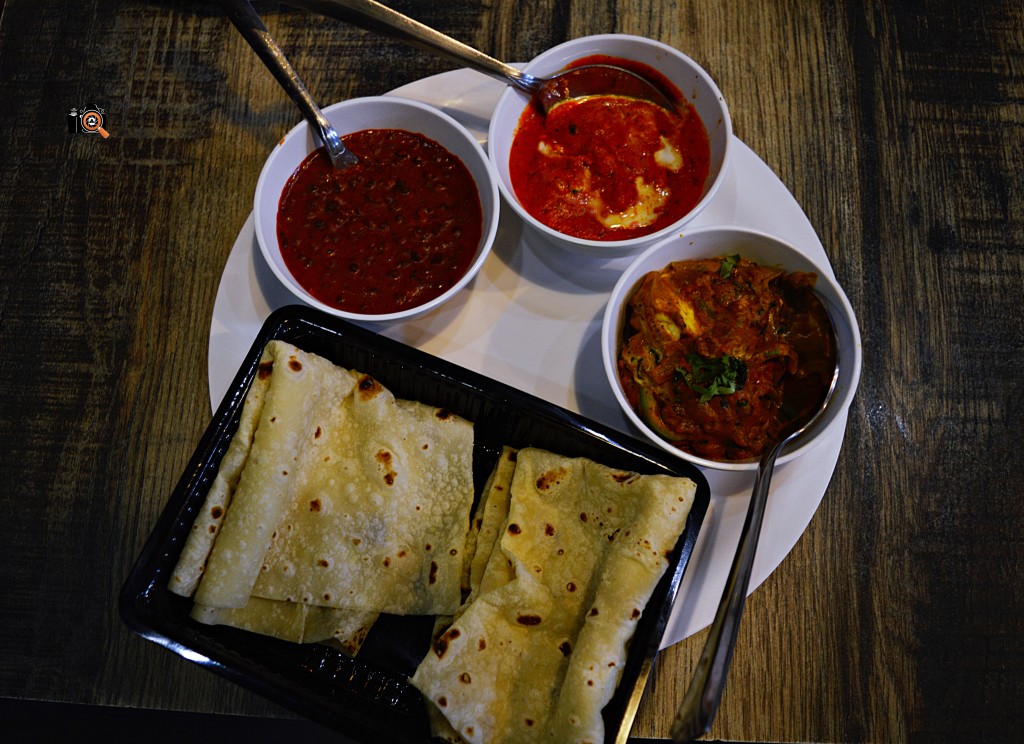 To fight this scorching heat they had ‘Masala Chaas’ which was quite refreshing and succulent.
If you are Dum Biryani fanatic you must try out this place. Although I was a bit disappointed for not finding ‘Mughlai Biryani’ in the menu (FYI:- The kind of Biryani in which rice and chicken/mutton are mixed instead of layered). Nevertheless, there are enough yummillious items in the menu to treat your taste buds.

So if you are a Biryani or Kebab lover, this is a must visit place to make your tummy happy which perfectly fits in your budget.

View all articles by Nashra Hashim