So all you guys there who have dreamt of achieving their long-wished goals in their life for once and all or, who want peace and satisfaction as the final payoff, we would like to ask a few questions to you. Take the time out of your busy schedule, read the questions, do some introspection and find a conclusion for yourself.

So what were your answers? Still something foggy in your mind? Wanna get into the mind of a psychologist to dig for the answers. Grab your seats on the sofa of your home this Sunday, tune the frequency of the TV channel to Zee Cinema and watch the world television premiere of Gauri shindey’s “Dear Zindagi”. You cannot avoid relating yourself to Alia, either for the entire movie or for a part.

Dear Zindagi is about loving your life, no matter how many problems you have in it. Problems get their solution, today or tomorrow, when you talk about it, discuss it. Let the bubble burst which is placed in the depth of your mind. 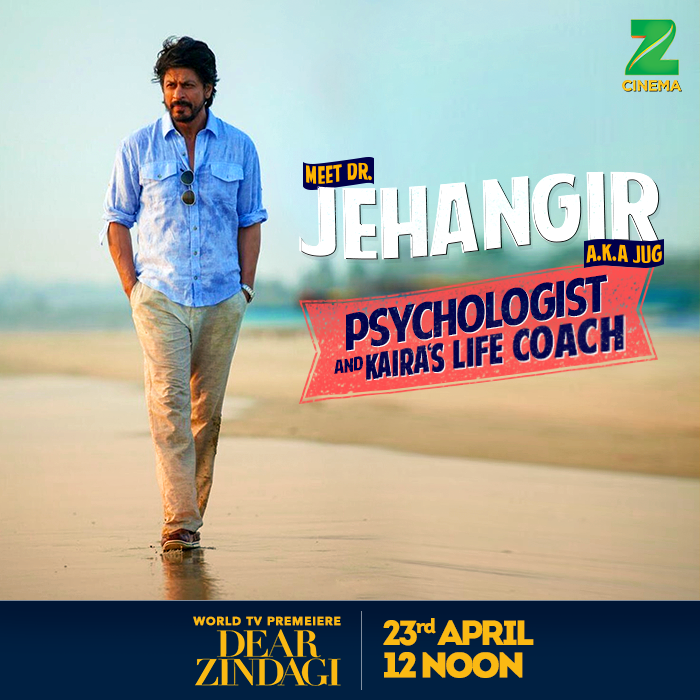 The film revolves around Kaira (Alia Bhatt), a talented cinematographer who is a spirited, young woman awaiting her life’s biggest break. But deep inside the façade, lies a soul despised and dejected, grappling with wrong men in her life. Unsettled and shackled, she reaches out to Dr. Jehangir Khan (Shah Rukh Khan), a psychiatrist in Goa. It’s on his couch, she feels confident about voicing her fears for the first time. 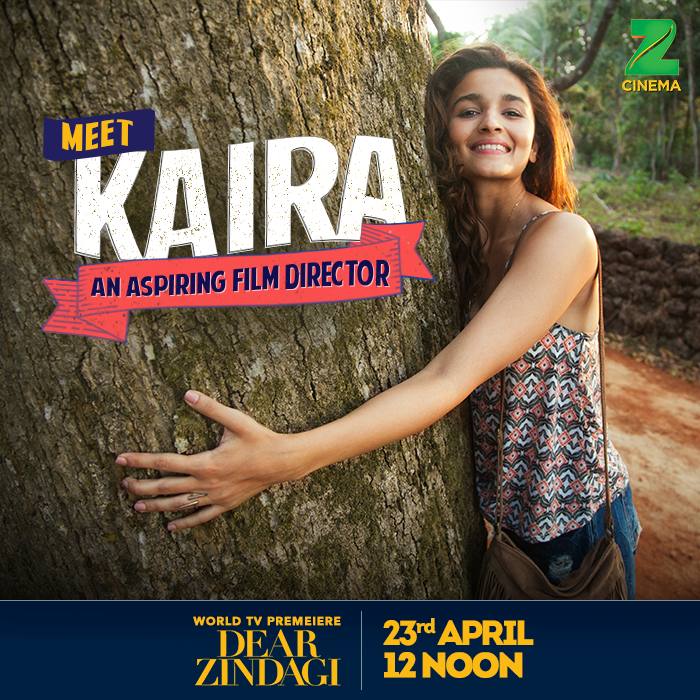 Zee Cinema is the World’s Largest Theatre for Hindi Movies. Launched in 1995,
Zee Cinema was the first 24 x 7 Hindi movie channel in India. It proudly boasts of entertaining 201.5 million viewers across India on a weekly basis making it undoubtedly the World’s biggest movie channel for Hindi movies. Zee Cinema’s library has more than 3500 films from virtually every banner that has ever made good cinema in India. Keeping its promise of ‘Movies.Masti.Magic’, Zee Cinema entertains audiences through various properties like ‘Shanivaar ki Raat Superstars ke Saath’, ‘Cine Recharge’, ‘World Television Premieres’ and ‘Zee Cine Awards’ amongst others.

About the WTP of Dear Zindagi on Zee Cinema

The film will air for the first time on Indian Television on 23rd April at 12 PM on Zee Cinema. The film talks about how we should not keep ranting about our problems and embrace life for what it is- Problems Ko Karo Bye, Zindagi Ko Kaho Hi.
It is a generous attempt to make the funda of life which is – “how we should not shy away from our problems but address them and find a solution to it”, communicated to the larger masses. 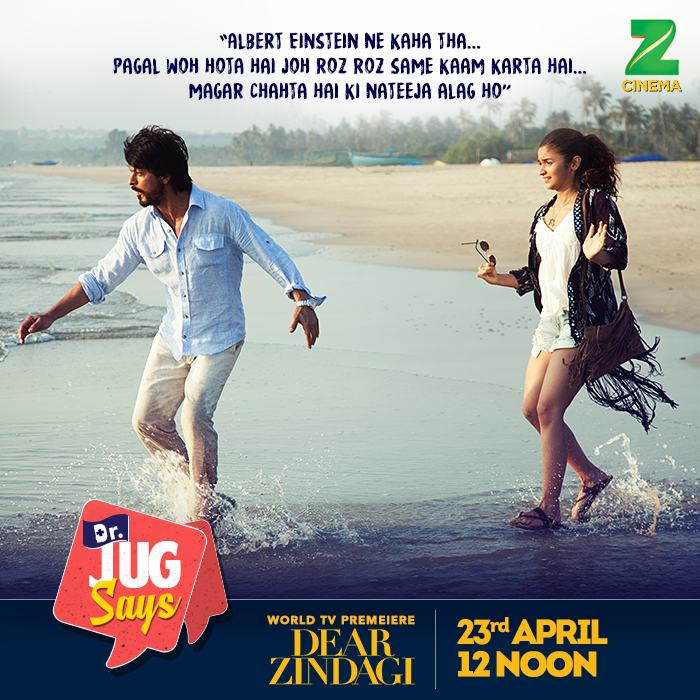