I went to La Americana with one of my younger cousins and we had an amazing overall experience.

The place is a cute little food joint, good for both adults and teenagers (especially teenagers). The menu was designed quite decently (lacking the details of the dishes they were serving), but the food and beverages were phenomenal.

Right when we reached there, we started ordering different starters and shakes for ourselves, and because of the low pricing of all the food items, we didn’t have to think twice before ordering something just to have a bite of it. 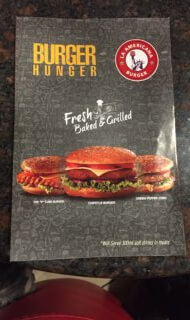 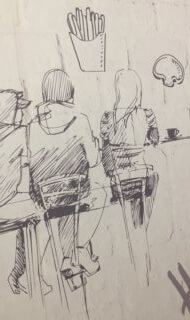 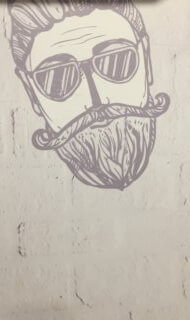 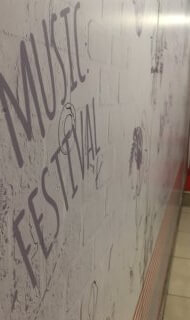 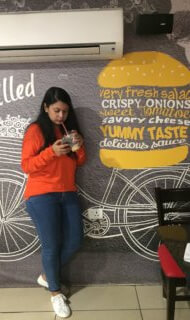 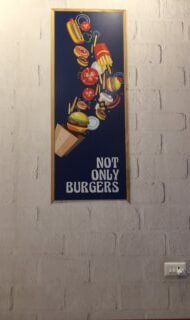 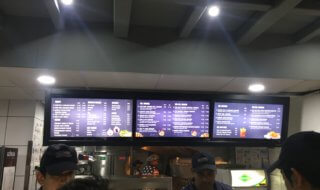 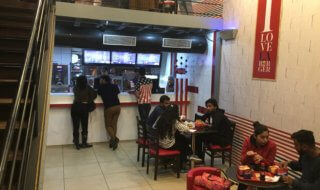 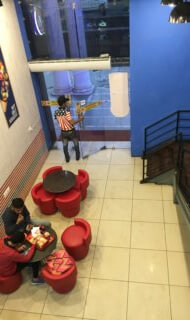 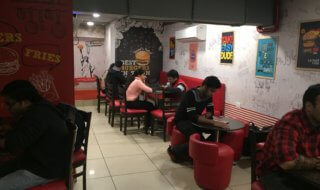 The two highlights of the whole experience was the Tiramisu Shake and the Chilli Garlic Pops. They were unexpectedly amazing. The pops had the perfect texture, crispiness and flavour of garlic in it, and the shake was sufficiently creamy and amazingly sweetened (not overloaded with sugar).

I don’t remember when did I or my brother ate this much in one sitting, simply because they were quick bites and had the right flavours.

We started with ordering the Chilli Garlic Pops, O.T.T. (Over the top) Fries, Tiramisu Shake and Black Jack Shake (chocolate). As already mentioned above, Garlic Pops and Tiramisu Shake were simply amazing and the Fries had the right spices to not burn your tongue, but still want you to crave for the last sip of the amazing shakes. Black Jack Shake had the right amount of chocolate and cream, making it a delight for the burning tongue. 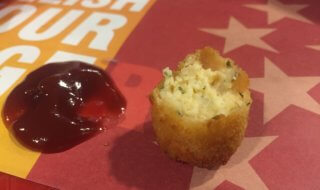 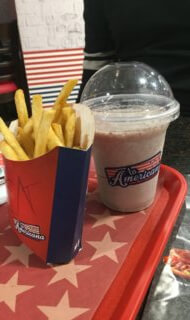 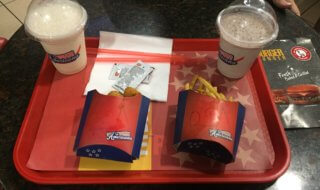 After finishing our starters, we went ahead to order burgers and wraps, so we ordered Piri Piri Chicken Burger, The ‘P’ Cube Burger and Five-a-day Wrap. Even though, the Piri Piri Chicken Burger was a highlight of all the reviews that I had read the previous day, I did not like it that much because I guess the buns weren’t properly cooked. Same was with the ‘P’ Cube Burger. But the Wrap stole the show with some delicious patty and the crunchy crispiness. Just one thing to say about the wrap- we couldn’t have enough of it. 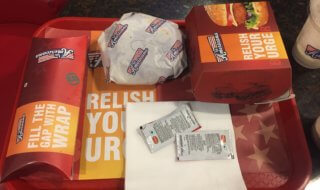 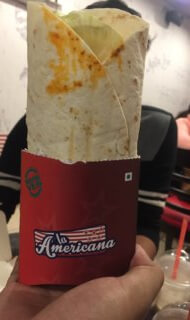 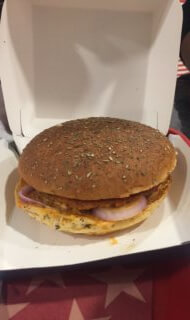 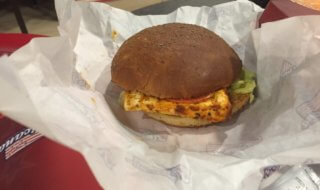 After the burgers, we went back to ordering more beverages, so we ordered the Berrylicious Shake and the Icy Blue Summer Cooler. This was by far the best Berrylicious shake that I have ever tasted. I could actually feel the berries in my mouth, expressing the fact that sugar was not overloaded in any of the shakes to make it more sweet. For the Summer Cooler, I would say that it is the perfect beverage to have on a summer afternoon, while walking all around Connaught Place. 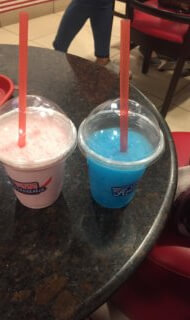 As already mentioned above, we did not stop eating. so we went ahead to order another burger- The New Yorker Veg Burger with extra cheese and Cajun Style Potato Wedges. The buns were rightly cooked, the patty tasted nice and the overall taste was decent. Ironically, it is famous for burgers and quite frankly, we didn’t fell in love with any of the 3 burgers. The Wedges tasted good individually because it was served with two dips and both the dips lacked flavour. 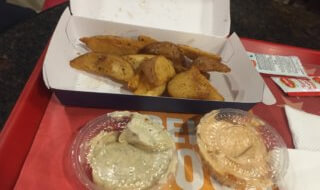 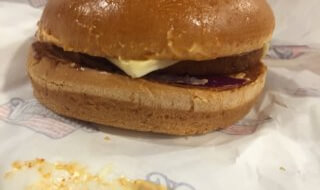 Then in the end, to sum up our amazing evening, we ordered the last two items of the evening, Cheese Corn Poppers and Green Apple Mojito. Have not much positive to say about the two because both lacked taste, the right texture or literally any of the major ingredients. So yeah! The end was not quite spectacular. 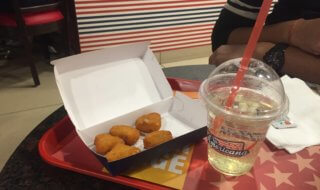 To talk about the service, the staff was quite decent, got the order in one go and the turn around time was quick too (not like a fast food joint, but still quick enough). The art on the walls was fun to look at too!

Even though, some food items tasted well while some lacked the right flavours, the overall experience was good and I don’t know when I will eat this much again. 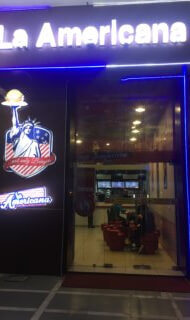 Changes or Modifications I would suggest:

Some suggestions for Foodies: