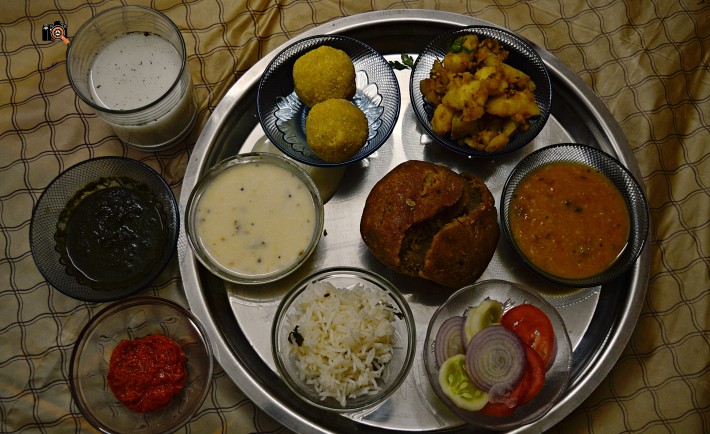 “Kesariya balam aawo ni, padharo mahre des”, whenever you listen to this song, you get a sense of being invited to the land of royal tradition, magnificent monuments, mouthwatering cuisine and hospitality. Think of Rajasthan and you would be visualizing sand dunes, camel rides, royal palaces and of course its signature dish “DAAL BAATI Churma”. It is basically a rainy or winter season dish of Rajasthani cuisine but people here and everywhere else in the world love to savor this exquisite dish in any season. We, the foodies at r4review are always looking for something new to try and this time our urge took us to the Food Capital of Madhya Pradesh, Indore.

Indore also known as the Street Food Capital of Central India, prides itself on its food.
Whether its the combination of Poha – Jalebi or individual dishes like Khopra Patties, Bhutte ka kees, Pyaz ki Kachori etc, Indori food is famous all over India.

With a good segment of Marwari population residing here, Daal Baati stands out to be among the most loved dishes. It was a tough call to choose between the Big Shops or the Startups, but finally we went for a startup, “Daal Baati Wala” who is famous for serving homemade Daal Baati at your doorstep at a nominal cost of Rs 220.
The thali includes 2 baatis, 2 rava ladoos, daal, rice, kadhi, aloo fry, hari and lehsun chutney, green salad and buttermilk. 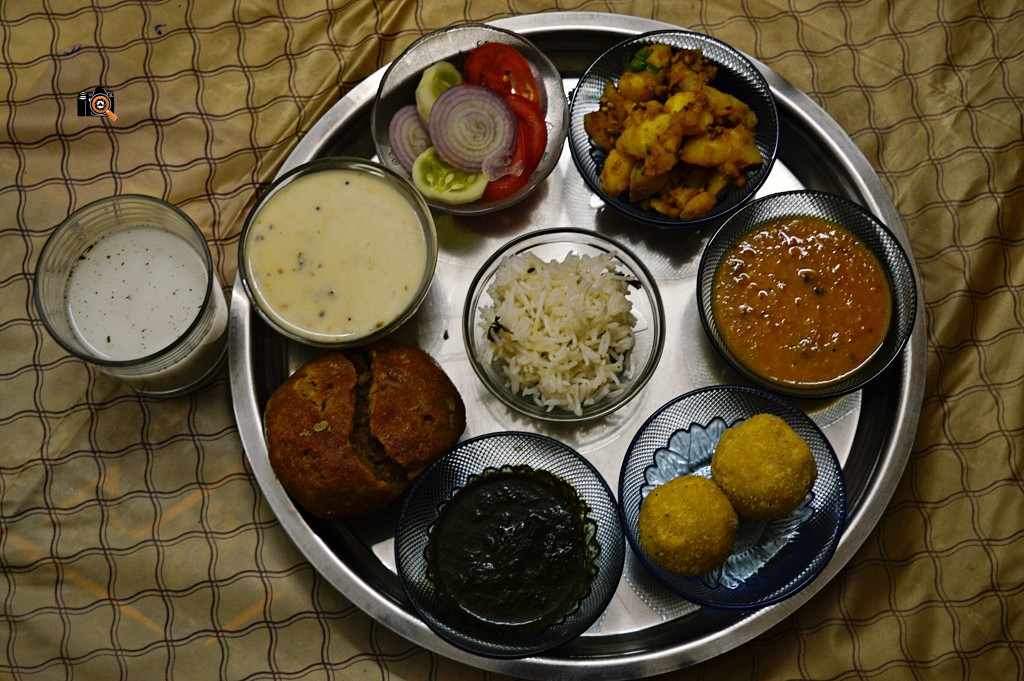 We ordered two thalis and eagerly waited for our food to arrive.
The owner himself came to deliver the food and I was really impressed by the gesture.
There were 2 separate polybags, one for each thali.
The packing for all the food items was very nice with everything intact and nothing spilled here and there.

Next was the quantity and we were surprised by the extra bit of daal and kadhi that was packed along.

One bite of the baati which was more of a baafla and my taste buds called it a treat as the delicious baaflas were stuffed in pure ghee and the flavor was absolute homely.

Dal and Kadhi though more in quantity had no compromise with the quality and were mouthwatering.

Ladoos were big and luscious. Both the chutneys were exquisite and so was buttermilk. Aloo Fry was among the best I have had till date. 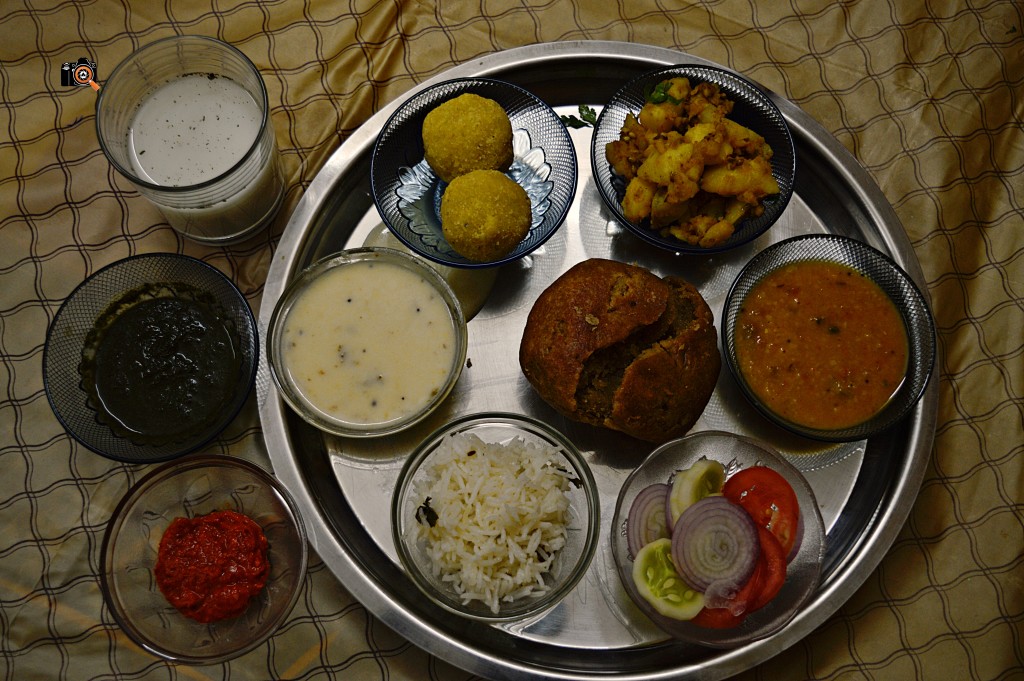 No doubt it was a royal and sumptuous lunch.
Hands down, this was one of the tastiest Daal Baatis my taste buds had come across and probably one of the best in the town. Definitely it has the potential to grow big in a couple of months.

So if you are thinking of treating your taste buds with some lip-smacking Daal Baatis, you know where to order it from.