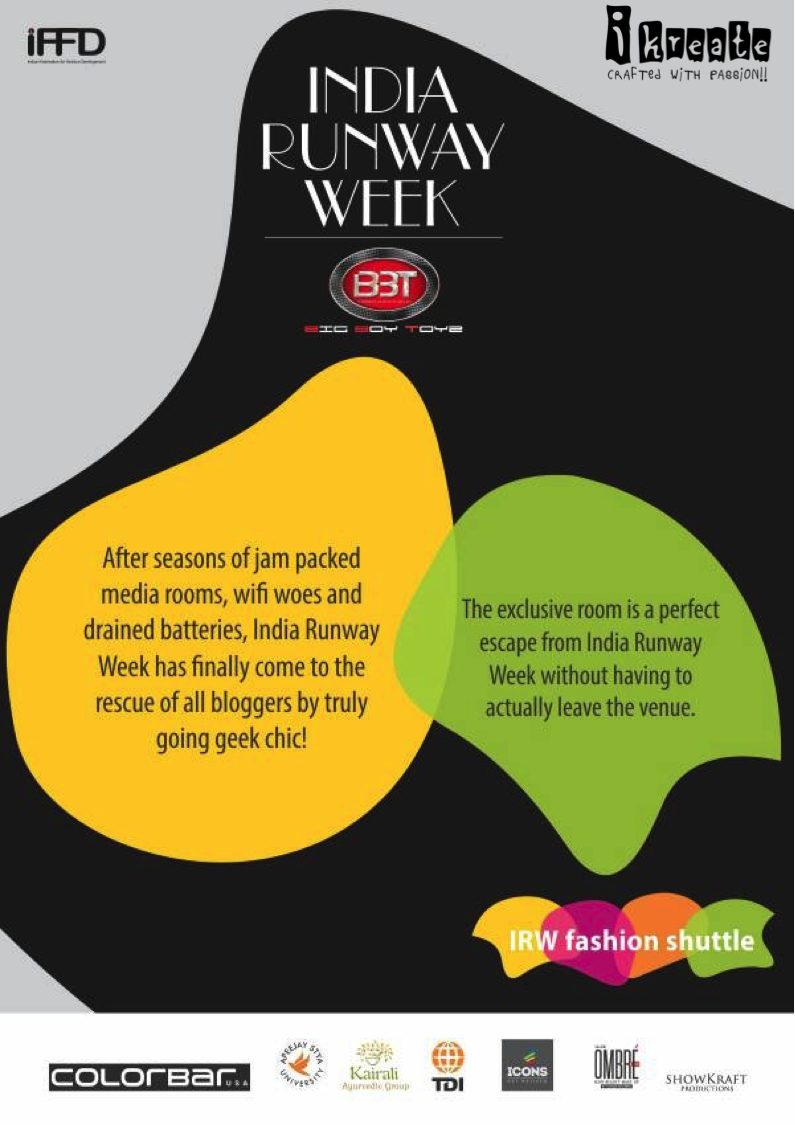 It seems that the India Runway Week has decided to prove the quote ‘bigger and better’. Each year they add new jewels to the already existing treasure of designers and their craft. The 8th season of the IRW is soon to begin on 28th April and it promises to be extravagance galore.

It seems that this season is all set to be dominated by weavers. The weavers of India are its biggest assets. Indian hand woven fabrics have been known since time immemorial. India was famous even in ancient times as an exporter of textiles to most parts of the civilized world but throughout history and currently too there are evidences that show that weavers have always been a victim of a staunch hierarchical system. Being at the bottom of the system they fall prey to the extreme forms of exploitation.

In recent times, a lot of organizations have stepped up to help the weavers and their trade. These are identified as a promising means of raising voice for them and generating livelihood for hundreds of rural artisans. They have made a significant contribution to the lives of the women artisans working with it, which has helped improve their economic as well as social status.

They strive to bring the traditions of India to customers all around the world with its unique creations and products. It not only helps its artisans become wage earners, but also spreads awareness about the traditional crafts of the region, thus helping preserve a rich part of India’s national cultural heritage. Indian Federation for fashion Development have joined hand with four of these organizations i.e Rangsutra, SoCHE, Banka Silk and Gestures by Kriti who will present the work of artisans at current season of India Runway Week Summer 2017 ramp which is starting from 28th of April to 30th of April 2017

“The purpose of this show is to raise the current conditions of the weavers and to propose the importance of such organizations and social security to the custodians of this ageless art.” Said by Fashion director, Kiran Kheva, India Runway Week

Rangsutra is a craft company of thousand artisans from remote regions of India – the desert regions of Rajasthan and plains of Eastern Uttar Pradesh whereas SoCHE is reviving this languishing and less popular hand embroidery practiced by women around the border areas of Barmer. Banka Silk on other hand is imparting the required skills to the weaver’s community of Banka, connecting them with the markets and helps create an Eco-system wherein the weaver’s community can become self-sustainable. And lastly Gestures by Kriti is a livelihood support and outreach initiative that began in 1999, to promote ethical, sustainable and socially conscious thinking & buying of ‘community made’ products.

Part-time blogger and model, believes in 'live and let live'
Foodie by nature, reader by hobby
Wants to travel and explore the world

View all articles by Gursheen Kaur