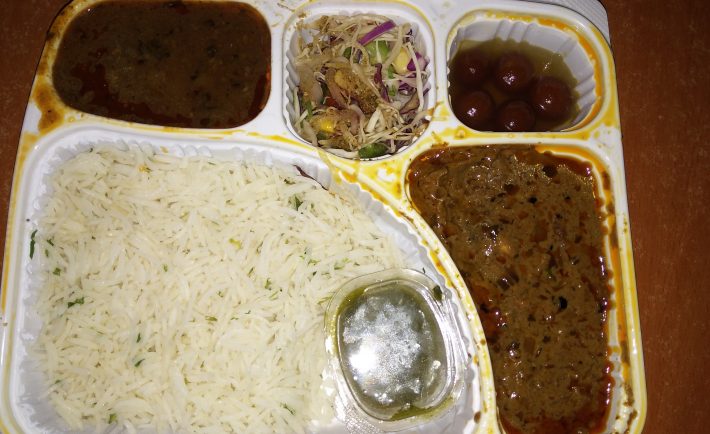 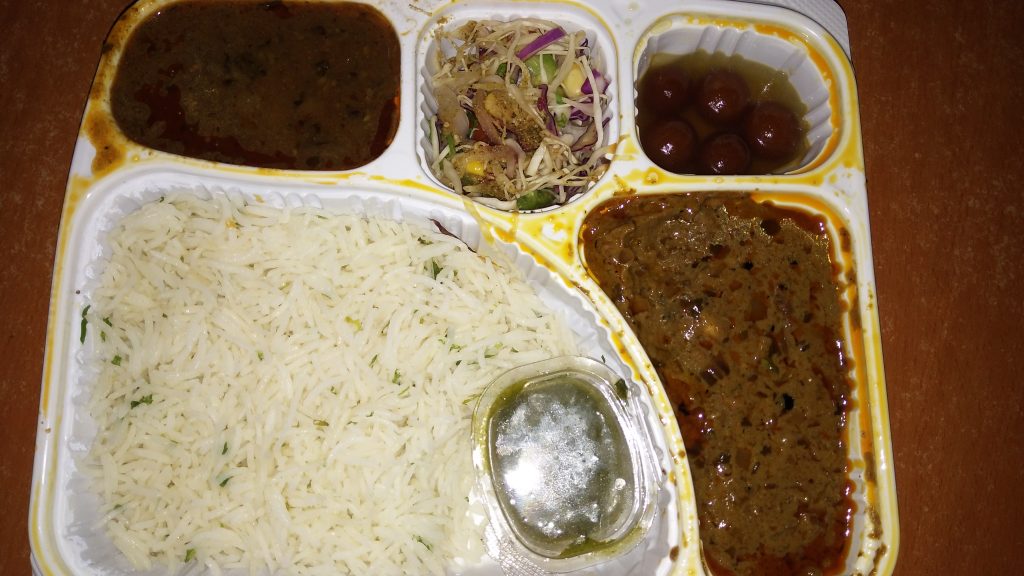 Yesterday, I ordered four food items from Box 8 delivery. I received the items on time.  That one really impressed me as I was in a hurry. I received the delivery, before time actually. I had ordered four items namely chicken masala meal, chicken tikka biryani, peshawari kebab box and chicken mughlai curry. It was a tasty treat. I was asked by the owner what base for the meal would I prefer. I told him that I would like half paratha and half rice base.

Half paratha base doesn’t mean half paratha, it means two parathas which you get anyways. I also got rice with it. The only draw back that I thought was that of the packing was too much raita directly poured over the rice.

It contained a sweet dish- four marble sized gulab jamuns, chole, two parathas, butter chicken curry, rice and raita. I can say for the price it could have been better. It was meant only for one person. Two people cannot imagine to eat. In fact, it was just okay for one person. I did like the tasted though. 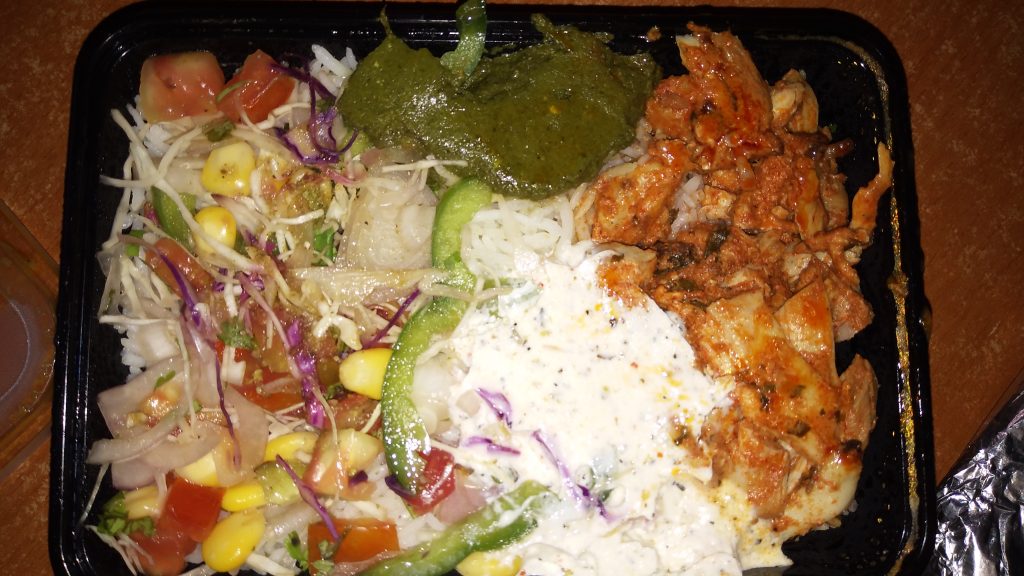 Among most Chicken Tikka Biryanis that I’ve tasted in recent times. This one was really good. The chicken was tender and well-spiced. Biryani was also tasty. It was not great but very good. I liked it for the price. It was good for two people to eat. 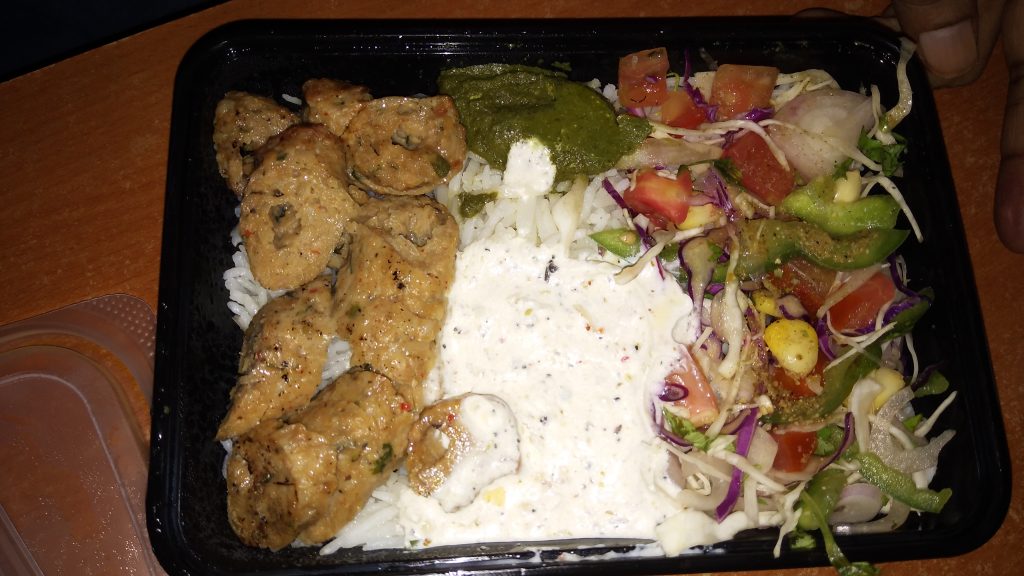 The box consisted of rice which was not plain rice. It was full of kebabs. I loved the taste. Although, the kebabs were more like sausages. It was good for the price but only for one person. Also, irritating part was the raita. I don’t like curd and it was all over it. The chutney was good, still not required.

The chicken was highly tender, high on taste and simply superb. If you want to order something from Box 8, then this is it! It is simply awesome. I loved it.  It was authentic and spicy. It was enough for two people so considering the price, it was good too. 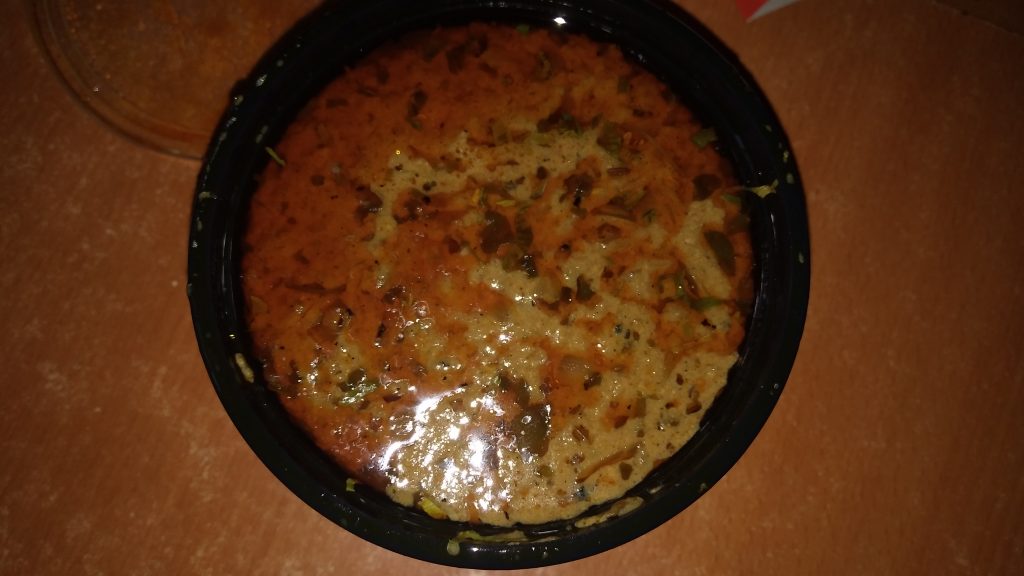 Overall, I’m satisfied with Box 8 especially because I also got many discount coupons for my next order. They service was prompt and they are eager to give better quality. I would rate them 4.5/5 stars. It is really good for office goers.

View all articles by Nikita Gharat