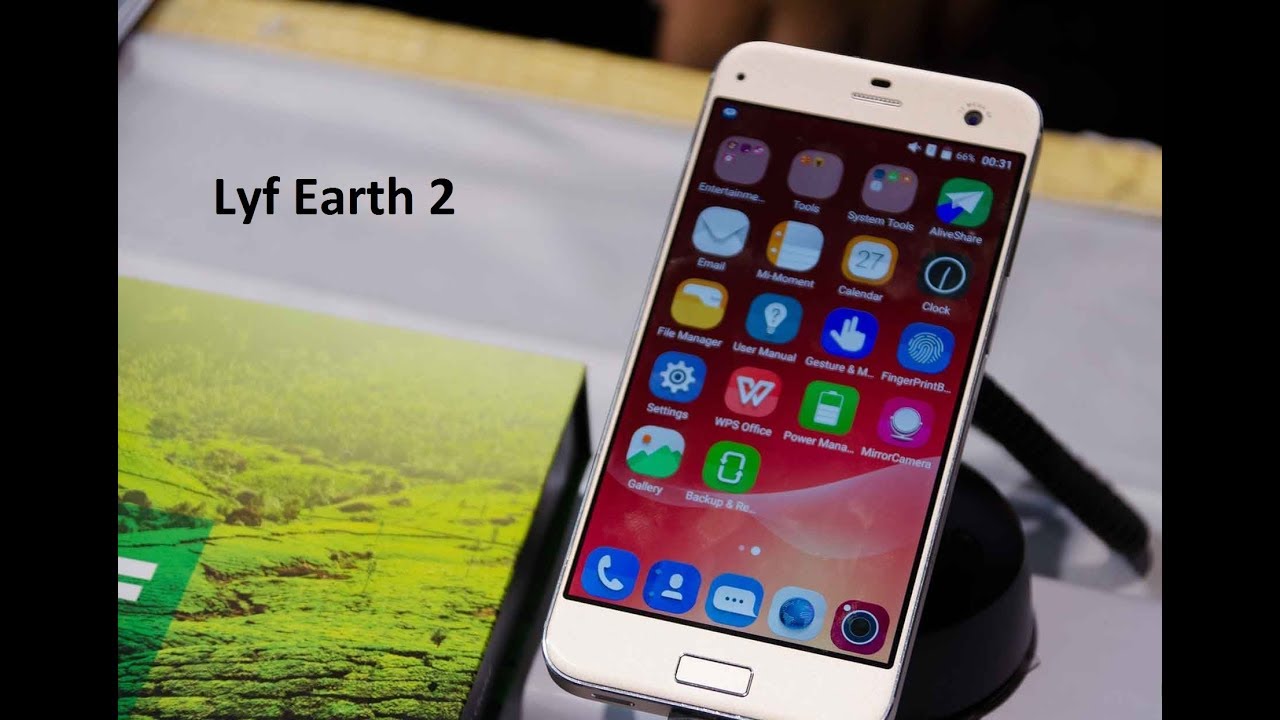 LYF is Reliance’s retail brand of smartphones and comes with pre-installed features needed for Jio services (in case if you opt for Jio services). Initially it was launched with the aim to give the customers an instant option for 4G services compatible handsets. Now it is trying to expand its market for upper-end phones as well and hence recently launched Lyf Earth 2 smarty.

We had an opportunity to experience the features of Lyf Earth 2 phone and here is what we recommend about this smarty.

LYF earth 2 was launched in July 2016 at the market price of INR 21,000 with the intentions to give the users top-end feel and experience & rich and classy look. Lyf’s Earth 2 design fits really well for this. The best part of this phone is its great design and stylish & plush look.

The smartphone is although made of plastic body but has the mix of glass which gives it a smoother and perfect finish. Somewhere it has tried to reach the mark of iPhones.

Also, LYF Earth 2 has 2.5D curved glass screen both on the front and the rear with sleek ultra-narrow aluminium frame. This gives it a far superior look than other phones in its category.

Coming to the thickness, the device is 7.2mm in thickness owing to the fact that it comes with non-removable battery. Its sleek design gives great feel while holding it in hands.

It weighs around 140gms which is decent value in this segment.

One of the most attractive feature of this smart phone is that it comes in four bright colors which are Green, White, Gold and Black. Go for the Gold or White shades if you want to get the rich exotic look in the hands.

The lyf Earth 2 has the screen size of 5 inches which provides very good space for great video experience.

It comes with 72.1% screen-to-body ratio which means you have more screen space on the phone to watch your favorite videos, more display space while writing /editing documents or long scroll while browsing. So be ensure of getting delightful and outstanding video viewing experience.

Talking of viewing angle, it has 178 degree of wide viewing angle which means no matter you see the pictures or screen from whatever angle, you will see the things clearly with our distortion or loss of color.

Overall, the display of this phone also scores good marks. But do it worth INR 21K?

The Lyf Earth 2 comes with pre-installed Android Lollipop 5.1.1 operating system which is quite outdated as per today’s standards.

This is the one of the negatives we have come across this handset.

This lower version of OS does not provide optimum user interface and we have to compromise at some aspects.

It have all the Jio apps pre-installed in the memory.

Although it comes with some of the new features such as fingerprint and retina sensors, Shake it and smart gesture features but the lower version of OS still seems a drawback. We hope that it gives options for an OS upgrade in coming days.

Coming to Shake it feature, you can play the next song just with a shake.

With smart gesture, you can use different gestures to open lock screen and some of the apps. You just need to double tap on lock screen to wake it up and then you can use Gesture C/O/M/W to open apps.

For any smart phone, performance is the most important feature to be successful and sustain in the market.

Critically analyzing, Lyf Earth 2 runs on Qualcomm Snapdragon Octa Core Processor powered by a 3GB RAM and an internal memory of 32GB. As far as chipset is considered, it is mediocre one if price range is considered.

From memory point of view, it comes with decent value of 3GB RAM and 32 GB internal memory which is expandable up to 64 GB. One of the drawbacks with this phone is that it has hybrid SIM slot which means you can either use it as a dual SIM phone or insert a microSD card for memory expansion. Also the second SIM slot is only 3G compatible.

As far as voice quality is considered, it gives quite satisfactory performance on that front.

So as far as performance of this device is considered, it scores decent marks from us.

You will be getting 13 MP front and 13 MP rear camera with the Lyf earth2. Sounds great!! So as far as specifications are considered, you are surely getting a good deal especially for the selfie lovers.

You can also use voice commands to capture selfies, control the flash switch between both the cameras and exit the camera application, a good addition in this segments of phones. Just say ‘smile’ or ‘selfie’ or ‘capture’ using the voice command feature and hurray, you can click the picture!!

So as far as camel quality is considered, we are quite happy with its performance.

Now comes the major drawback in the smartphone. You are paying some 21K bucks and still you are not able to get a battery back of a complete day with moderate internet usage.

It comes with just 2500mAh Li-ion non removable battery which can give up to 14 hours of talk time (as specified). The battery performance is below average and disappointing. It last only 6-7 hours with continuous but moderate usage of internet. It does not comes with fast charging facility which causes a problem when the battery lasts so less.

So if you can manage with low battery life but some great features, you can give Lyf Earth 2 a try. Otherwise you can search for some other phones in the same range.