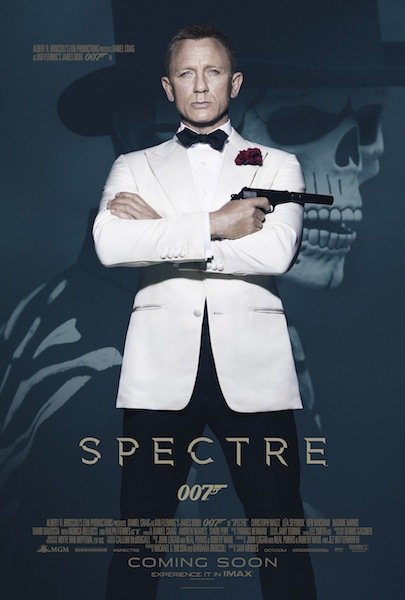 So finally I was all set to watch the most awaited movie of the year “Spectre”.
We were waiting for this movie from so long and finally the D day came.
Being the last bond movie of Daniel Craig, there were lot of expectations from him and the movie. Let’s see how was it.

It was morning show around 11 a.m. and I was seated at the best available seat in the multiplex.
My imaginations were taking new highs. New mind-blowing gadgets, break taking action scenes, dressed to kill bond women, an interesting plot and superb acting from the cast specially Daniel Craig were running all across my mind.
So did it met all our expectations ?
Is it the best bond movie ever?
Did I gave a standing ovation at the end of the movie?

Here I spill the beans –

Story
The story starts from where it ended in Skyfall.
As per the instructions of the old lady, bond travels to Mexico to kill a person and get the ring from him.
The ring has an octopus made on it.
The head part of octopus is the spectre and the legs are the villains from previous movies, Casino Royale & Quantum of Solace as per what I remember.

Stunts
Stunts are at par with James bond movie standards but nothing like breathtaking.

New Gadgets
I was very excited about seeing new gadgets and cars but was disappointed as just an Aston Martin DB10 was at display, that too just for the sake of showing the audience that we have a new bond car, that’s it.
Nothing to be excited about in this segment too.

Acting
You expect a superb acting performance from Daniel Craig and he never disappoints.
Full marks to him for his acting.

Bond girl
We expect a bond girl to be drop dead gorgeous, dressed to kill and woo us with her charm, but this time the bond women fell short.

Overall Experience
It is a good flick if you don’t go with any expectations.
For all the bond fans don’t compare it with Skyfall or you would leave the theatre disappointed.