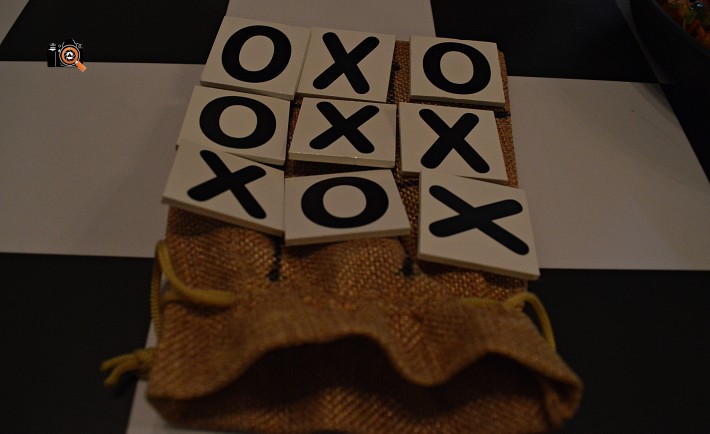 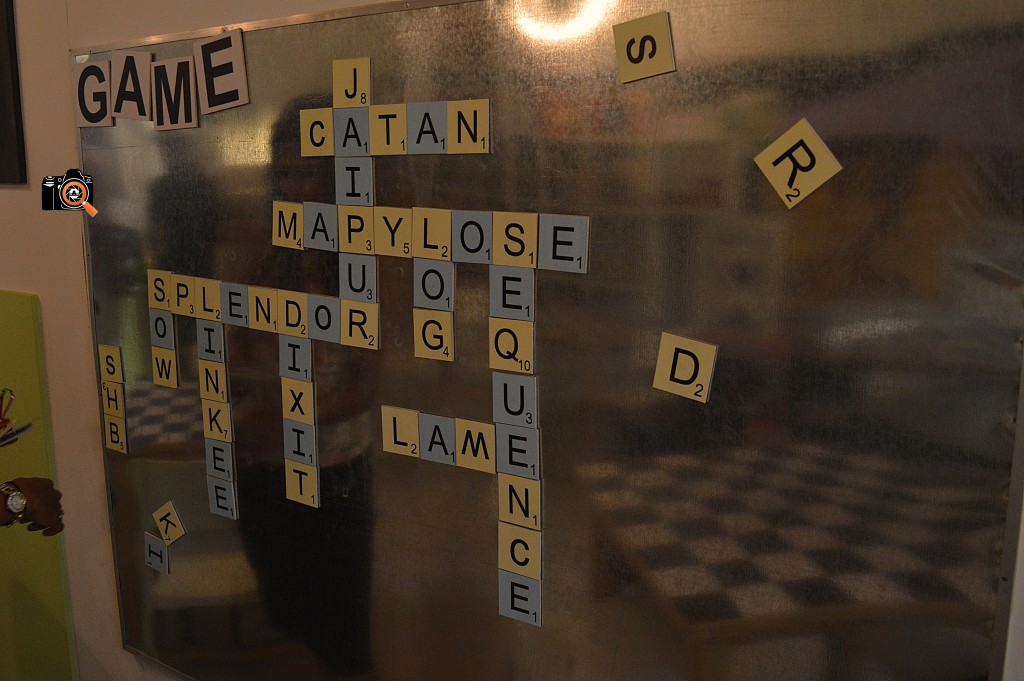 Remember the time when we counted our days until summer vacations made headway so that we can completely luxuriate in fun-filled board games with our fellas. Doesn’t it seem like a long before? Now days we live in a digital world where friends are more available on social media than in person much as counter strike and pokemon Go has taken over the outdoor and board games among the young generation. But sometimes we long for reminiscence of days when dice was thrown on board to get that six numbered big smile on face and where small wins occasioned the call for three cheers. So here is the perfect place where you can reinvent your childhood and recreate those memories with your gang. This Sunday R4review team was invited to visit café “Pair A Dice”, a paradise for board games lovers, located in Oshiwara, Andheri West. Being board-game-o-holics, we clutched the opportunity to be their honourable visitors and reached there by 3:00 clock in afternoon. The moment we stepped in, we were mesmerised to see the racks packed with different board games. 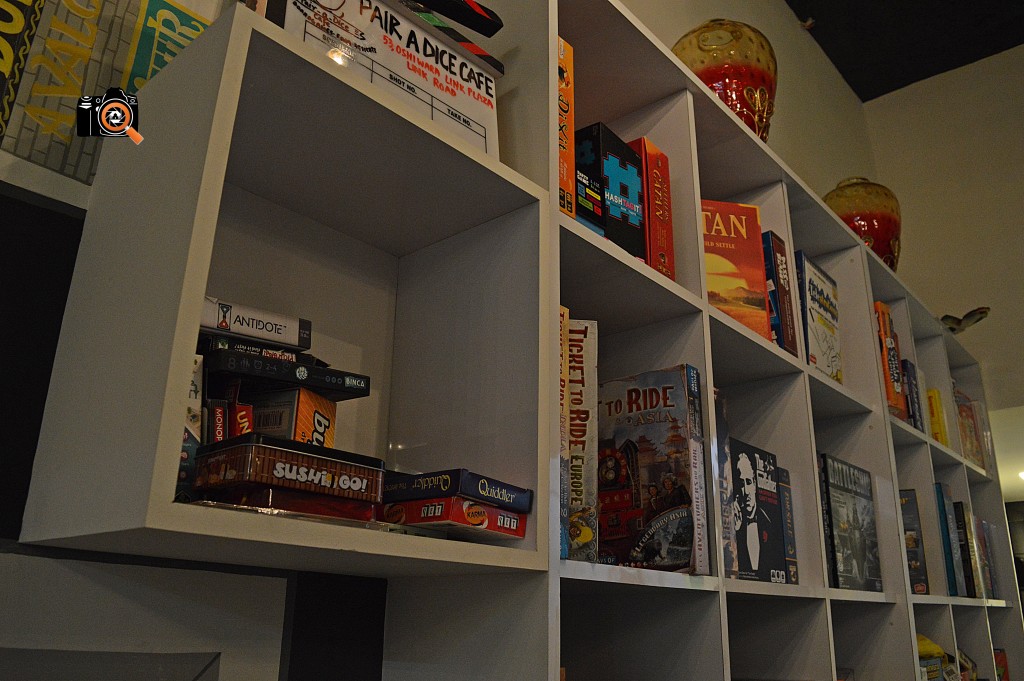 As we ran our eyes over them, we eagerly waited to try our hands on them but being their guest, we kept our impatience in check for that moment (though it was really hard to do). We were welcomed by Garima and Rishabh, the very owners of the café and Janvi, the star chef of the café. After a small formal introduction, Garima detailed us with the concept of their venture and the idea of digital detoxification behind it. Earning real smiles on strange faces and de-stressing the mind keeping the heebie-jeebies aside were their whys and wherefores to go ahead with the notion. Then she named a few of the games from the large pool that she had bought from the USA. She gave us the choice to choose from tempting food over the menu and even more tempting board games to try out. We, being die-hard foodies, first set our heart on the food menu where each delicacy’s name started with a board game in the rack. So we took a moment to have a thorough look of the menu and placed the order with Mexican Bhel as the first dish. 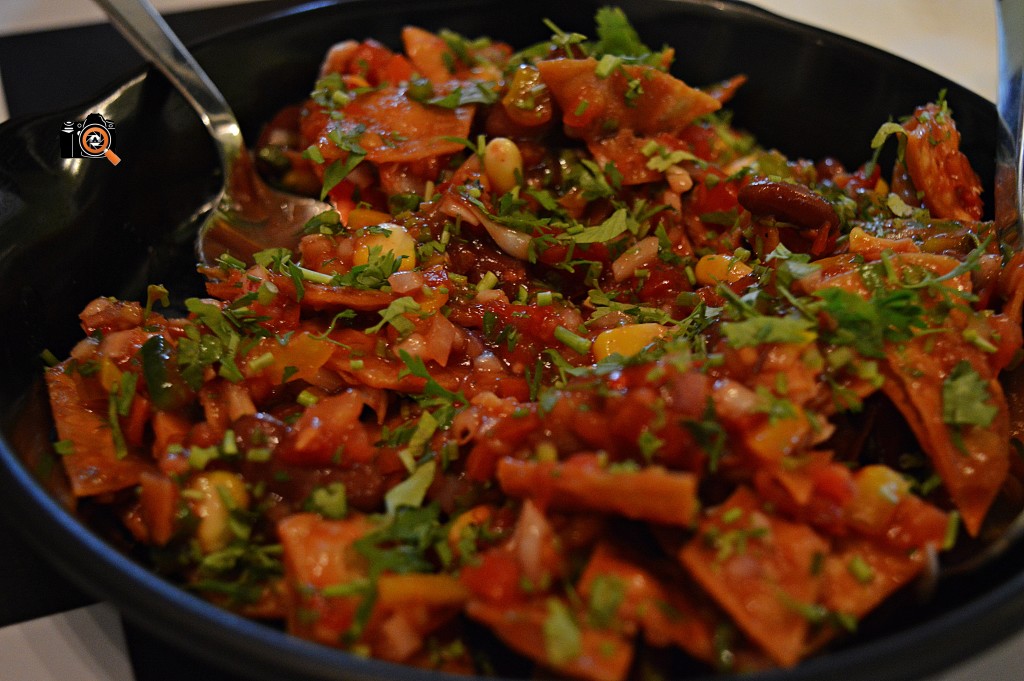 Soon the true sportsperson revived in us and searched for an apt game for the afternoon. Garima suggested us to try hers’ favourite “Jaipur”. So we took it out of the shelf and started reading its manual to get along with the rules of the game. On the other side of the table, we took our time to single out few more delicious dishes as per the suggestions from Janvi. Eventually we fixed our mind on Chef’s special Pizza in the next go. 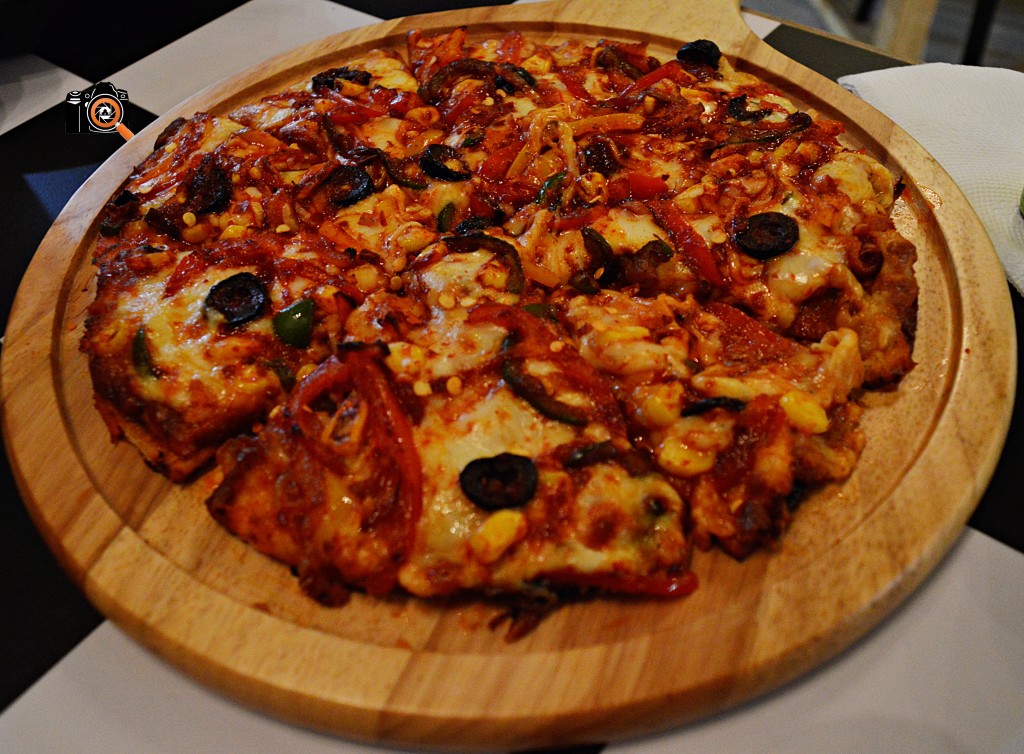 Now was the turn to play “Jaipur”. Janvi briefed us the rules in shortest time possible. It is a game of trading in gold, silver, spices, clothes etc. in exchange of coins to earn as much money as you can and win the title of Maharaja’s star trader. It is a two player game and each player can have maximum seven cards in his/her hand at a time to trade with (each card having goods imprinted on it). On the board, five cards are opened at a time from the deck and each player trades with his cards or bartering the on-board cards with the camel-cards he/she have. At the end, the player who earns more money wins. As I was more attentive with my trade skills, I won the game and my fellow blogger lost by a narrow margin. 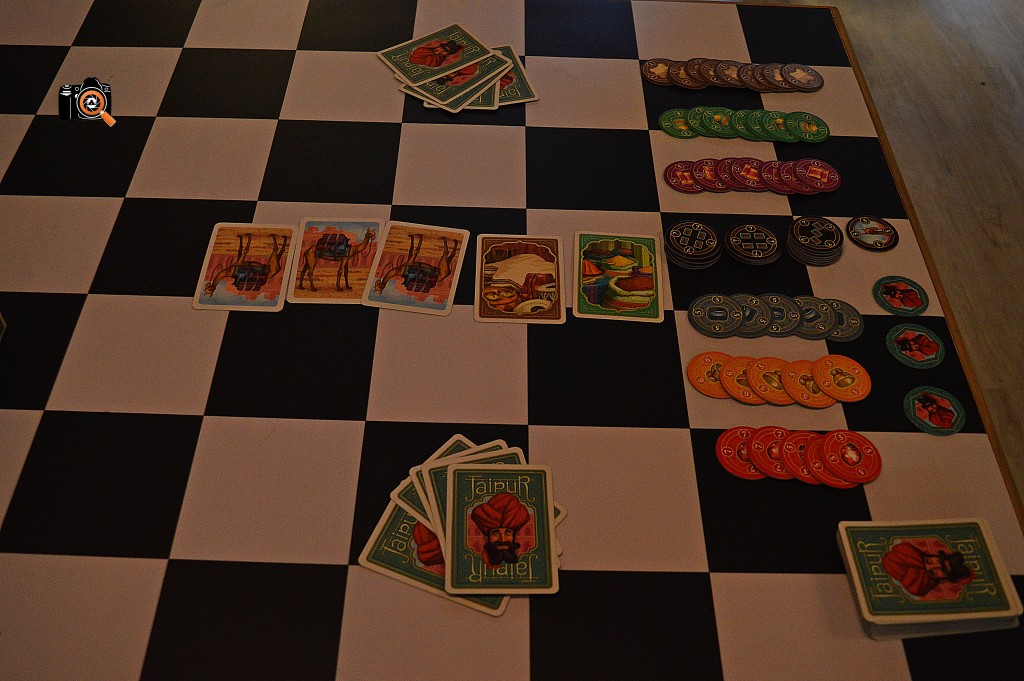 As we were advancing with the game, so were we stuffing down the Mexicanised version of Indian bhel. It was as mouth-watering as its Indian counterpart. Next in the queue was the Chef’s special pizza which was one of the best thin crust pizza I ever had. Perfect base, perfect sauces, perfect toppings and perfect baking. Now was the turn to order some smoothies. We ordered the irresistible ones’, the Ferroro Rocher’s shake and the Oreo shake. 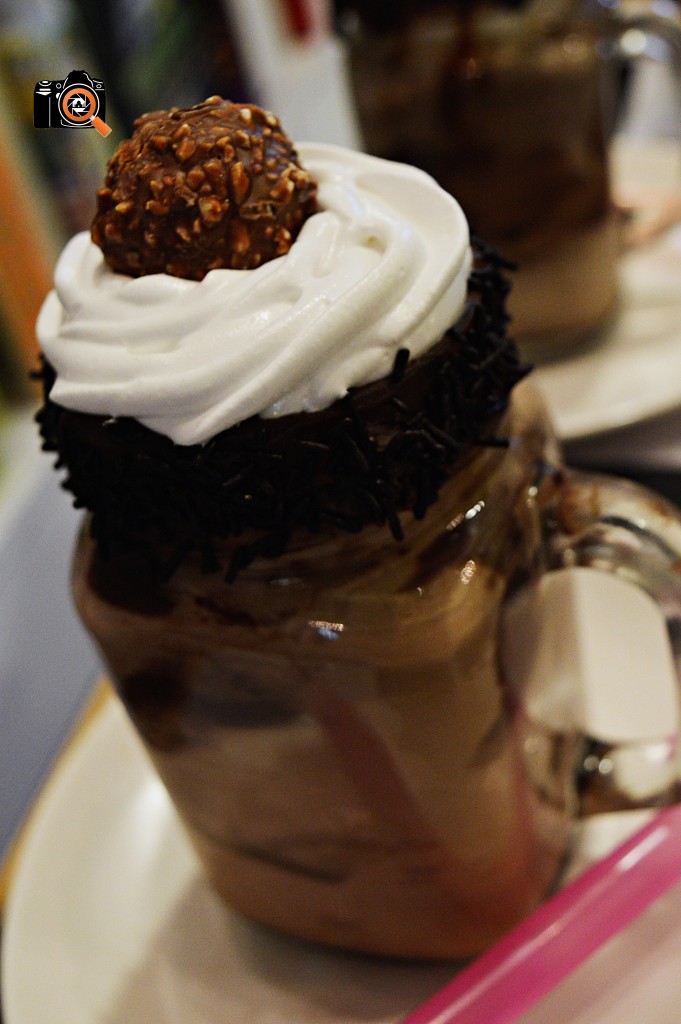 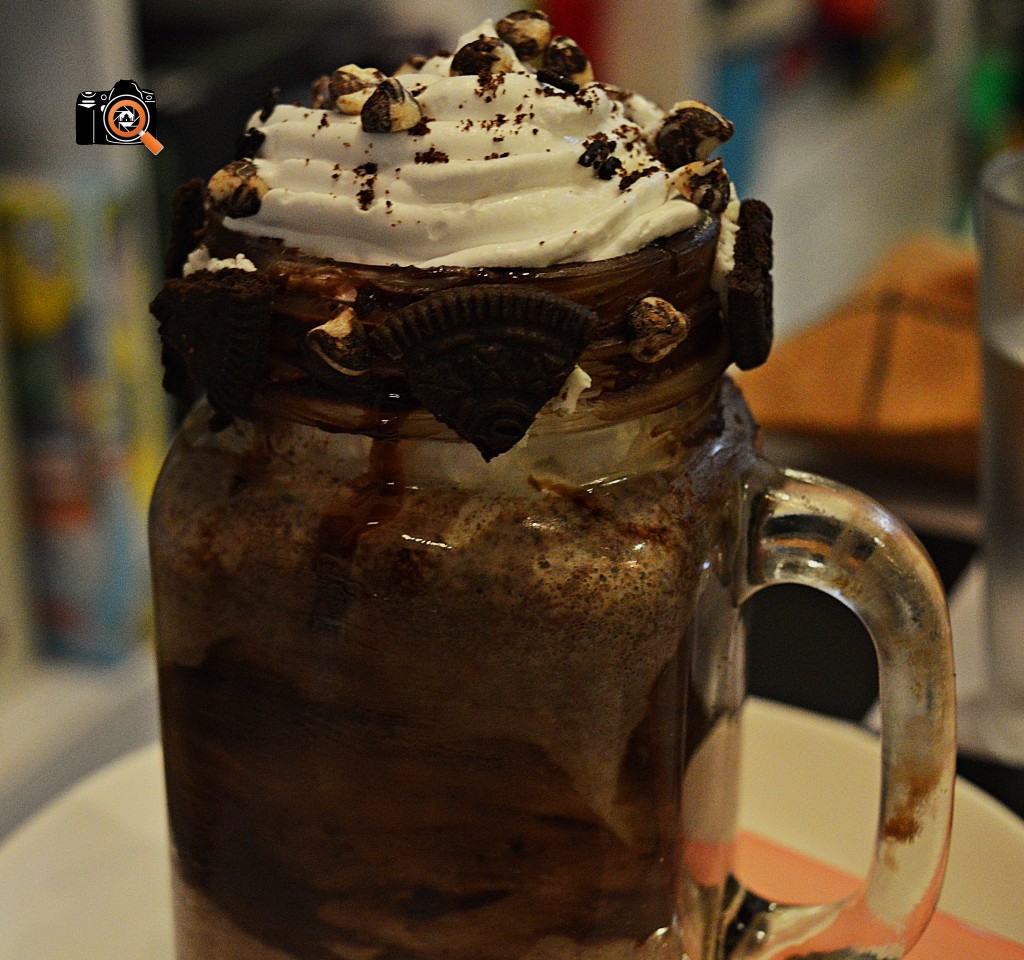 Till the order was getting ready, we agreed on trying another game called “Battleship”. It is a game of drowning all the four ships of the opponent placed at different coordinates by making smart guesses and consecutive prudent guesses based on either miss or hit of the previous one. This time, I let my partner win it otherwise he would have dishevelled his hairs for losing two consecutive games from me (although this would have given me unparallel pleasure). By the time, the shakes were also in our hands. And believe me; as soon as they were placed on our table we couldn’t take our eyes off them. After having a sip, you cannot think of anything else but gulping it all in once. So the hot afternoon ended with chilled servings. It was time to leave so we greeted our host for their warm hospitality and took some pictures at their photo booth which had different funky frames.

So if you want to spend some quality time with your chaps on some interesting board games, different from digital talks and virtual gossips, along with some lip smacking food and rich shakes, here is the one place where you search ends .

We suggest you to try it once for sure. 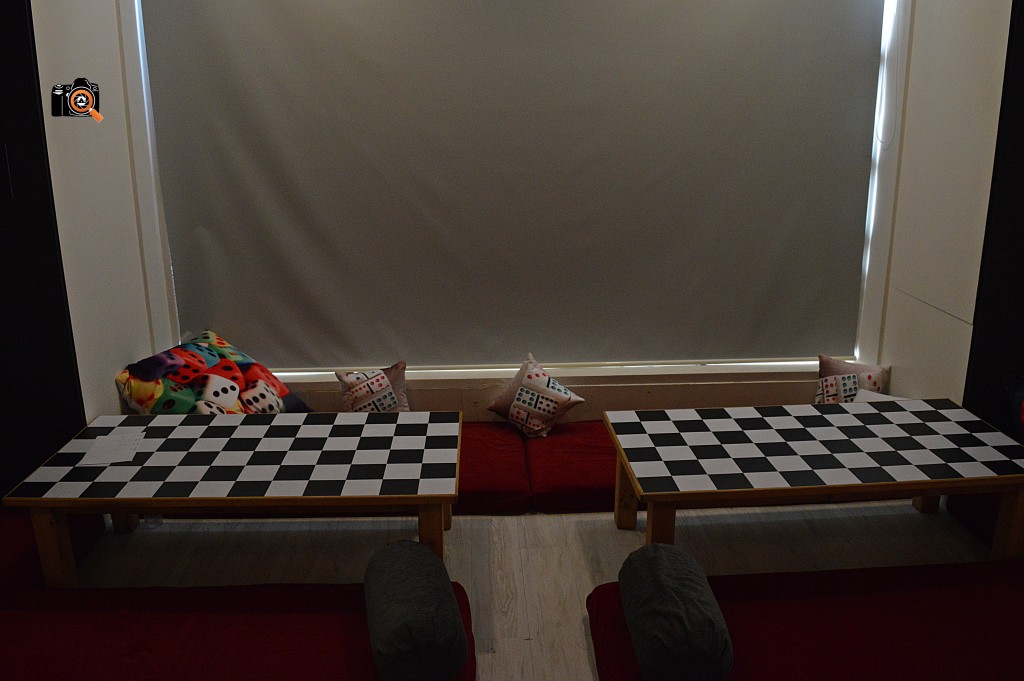