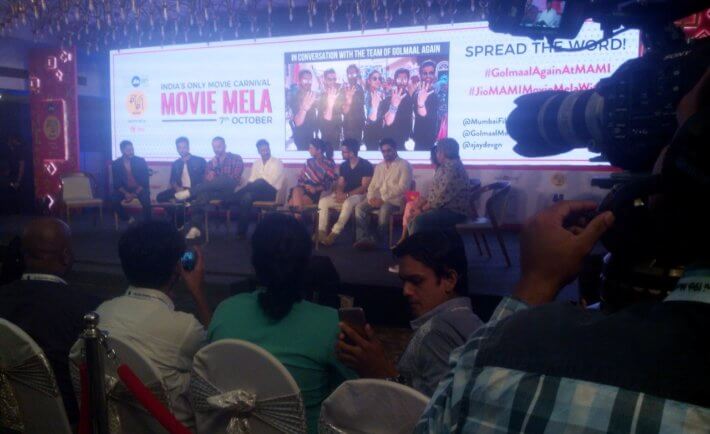 On 7th Oct 017, I went to JIO MAMI festival at Tulip Star, Juhu, Mumbai. The atmosphere was cool and creative. I interacted with. Well just scroll down… 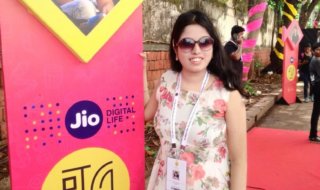 This time he replaced Kareena Kapoor Khan with the younger and saucier Parineeti Chopra. Although, Ajay Devgan looks older than her, their pair looks amazing. The pair is proper for the dhamaal Golmaal. 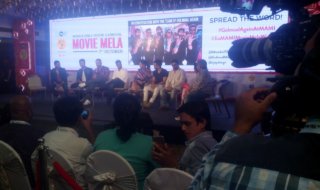 After a considerable wait, the cast made their red carpet appearance. Rohit Shetty looks too young for the work he does so effortlessly. He looked cool as a cucumber and Ajay Devgan looked his usual best. It was a nice atmosphere and interaction was good with the team. The new thing in Golmaal Again is a GHOST cracked Arshad Warsi which is GST. Then there a Ajay Devgan explaining what makes this one of the most successful franchise. Parineeti Chopra should be given some credit for her candid demeanour. The lovely girl poke with lot of “bachpan-a” much like me. I wish her good luck with this one.  Shreyas Talpade has come a long way from his Iqbal day. He look likes a good fit in this illogical but magical comedy. 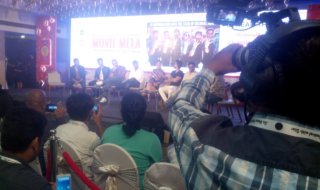 Tushar Kapoor was the shyest and sweetest. He spoke his only dialogue in the film and got us into a laughing riot. I think 7 years of wait will fruitify for him. Overall, Rohit Shetty, didn’t give up his “I’m the Boss” attitude. He played most of the shots and they were mostly  6s. When asked by my friend does he plan to add the Amol Palekar Golmaal story line, he replied in his on style that kiya hain chodte thodi naa hain. He spoke about Bol Bachchan being official remake of Palekar’ version. Golmaal Again hits the theater in Diwali don’t forget to leave logic and enjoy magic!

View all articles by Nikita Gharat