Though we are not into Theater play reviews but this opportunity was worth every penny.

Also we have been constantly recommended to watch Theater plays but due to some reasons we could never go but last night we decided to give it a try.

Theatrewaalas were going to perform at the Rockstar Studio in Andheri West.

The first play was ‘Inspector Pandey fir mar gaya‘ a serious drama that showed the other side of a Policeman’s life that is never seen by the civilians. The side that glistened our eyes and wrenched our heart. How a Pandey died many deaths each time he struggled to keep everyone happy and do his duties.
It depicted his plight when allegations are bombarded at him not only from the system, society but also from his family on a routine basis..
A great message..!!

And to lighten up the whole atmosphere, next in line was Recharge@99.
Seriously it is a nonstop dose of laughter..!!
The journey of mobile from first cellular phone to today’s iphone has been shown so brilliantly and in such a hilarious manner that your cheeks and stomach are gonna pain for sure..!!

Acting, timing and mainly the concept is so unique that you are going to enjoy the plays for sure..!!
You have a new fan, Theatrewaalas.

And Thanks to ShineAwayIndia for providing this opportunity!! 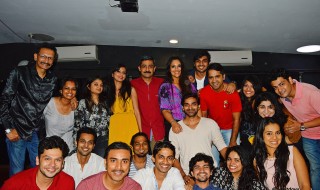 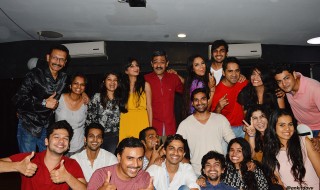 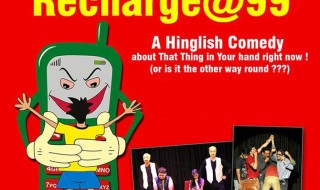